I don’t know if this has anything to do with the filament change or runout sensor. Perhaps not. 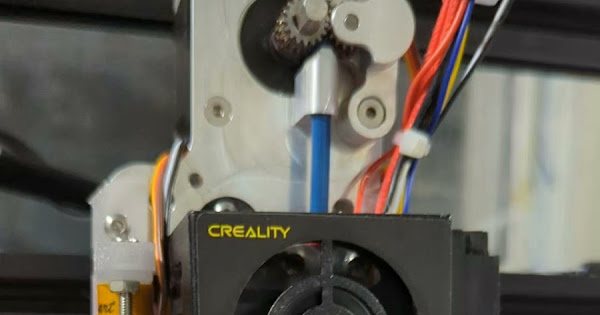 In a case like this, I wish there was a way to adjust the printhead alignment. Tell it to offset by several mm. That would save a big print like this.

I think what caused the distortion is that I was printing support for some bolt insets in flanges at the top. The Y motor would do all of this quick jerking back and forth for printing this support, and, as the print was getting pretty tall, it jerked the whole thing out of position a bit. However, the print was not warped (that I could see) - it was neatly attached to the bed all around.

Or maybe after the filament change some distortion in the coordinates to the printhead was introduced somehow.

What do you think?

I seem to remember there was a setting to home the X and Y after a filament change - that way your coordinates would match again - but for the life in me, I can’t find that option…

It’d be hella annoying having this happen - but unless there was some kind of binding, or move that was too fast for your printer to do (hence it skipped a few steps), then I can’t really think why this would happen.

Can you reproduce this on a much smaller print with a filament change in the middle?

I scaled back the print scale, now printing the parts of the cat (that’s what that is - a cat part) by 50%, and all the printers have had filament changes, but none have missed there mark after the change like that big one. One printer’s runout sensor did not trigger when the filament ran out, but it has worked subsequently (?).

Homing it was I wanted to do when I saw that it was out of alignment, however I couldn’t figure out how to do that. It seems to me that for making larger prints like this one that take several days that the ability to re-home the machine, or adjust it’s offset, mid-way through the print would be something useful.

While it might not be friendly, if you’re printing via Octoprint or similar, you can home just the X/Y axis by sending G28 XY - which means it won’t move the Z axis at all.

The down side, now you have a risk of knocking the print with the hotend too - but I’m not sure there’s a simple fix for all this…

Hmm . . . I’m going to set up Octoprint or perhaps Repetier once the Blackberry Pi arrives. I’ve been using Pronterface so far, and, had I realized I could do what you suggest I might have tried it - but I didn’t know you could enter commands externally while something is printing. It would have been better than losing that huge print. As it is, it gives me something to practice my painting technique in preparation for the final successful pieces.

On a semi-unrelated note, I’ve also lost some prints to thermal runaway errors (It seems to me the thermistors are finicky). This always requires shutting off the printer, and the print is lost. If I “Enable Power Loss Recovery” in the firmware will that save the print data in such a situation?

Probably not. If it isn’t a hardware fault / mechanical fault, then make sure you do a PID calibration on your hotend to make sure its working as it should.